Experience the whole of Jordan – from the North to the South!

Ride the full Jordan Bike Trail, starting in the green North, leading through stony deserts, stunning valleys and the red sand dunes of Wadi Rum, finishing in Aqaba at the shores of the Red Sea. 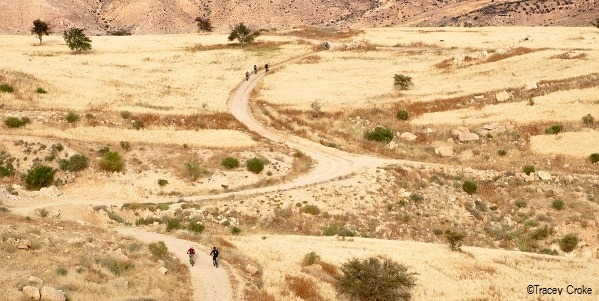 Arrive at Amman Airport, where we will meet you, assist with immigration and then transfer to your hotel in Amman. Amman is one of the oldest cities in the world, inhabited since the bronze age. The city is growing into a modern city, but retains its character and history.

Depending on your flight arrival time, you may have free time to explore on your own.

Starting at the remains of the Decapolis city of Gadara (today, Um Qais), the mountainous terrain and greenery of the north immediately become apparent as you cycle along rolling hills, down a bracing descent toward Al Arab Dam. A climb on paved and dirt roads through a number of smaller villages follows, before another long descent to the Jordan Valley — at -200m your low point of the day. Afterwards, the trail continues a few easy kilometers along the King Abdullah Canal before climbing to Pella, where you’ll find the remains of another Decapolis city. From Pella, it’s a long, slow climb to Kufr Rakeb.

Overnight in a local homestay near Kufr Rakeb.

You will leave Kufr Rakeb, ascending and descending through the famous scrub oak forests of Jordan’s North. Take some time to explore the Ajloun Castle, a 12-century Muslim fortress. From the castle, enjoy a long descent, before climbing all the way back to Anjara. After Anjara, leave more populated areas behind and enjoy the rolling, forested terrain on your way to Khirbet as-Souq.

On this day, you will climb from Khirbet as-Souq to a ridge-line above Wadi Zarqa. Take in the impressive views before descending to the wadi bottom 1,000m below. Then a long climb out of the canyon begins — a demanding ordeal on hot days! Once you reached the top of the climb, the challenge is not over. After riding along the opposite rim of the canyon, descend to another valley and climb to Rumeimeen – with an optional break at the waterfall below the town – before continuing up to Fuheis.

Today you leave the forests of the North behind, as you head into more arid terrain, riding along the rim of the Jordan Valley. But don’t worry – even though you’ve left the forests, there’s still plenty of challenge waiting as you cross several wadis that run east-west into the Jordan Valley below. The stunning views you will have on your way are well worth every effort!

Enjoy the challenge of crossing two of Central Jordan’s major wadis: Wadi Zarqa-Ma’in and Wadi Hidan. While the route sounds difficult (and it is!), you’ll actually encounter less total elevation gain today than any other day up to this point. You will start descending from Madaba through Wadi Zarqa-Ma’in, before embarking on a steep (but paved) climb to Makawer and Jabal Bani Hamida. From there, you head straight back down into Wadi Hidan — take a moment to stop and enjoy the views on the way down. The trees in the wadi bottom offer a nice, shady break spot, before the long ascent out of Wadi Hidan to Dhiban.

Overnight in a local homestay in Dhiban.

Prepare yourself for the hardest day of the entire route! After a wonderful descent to the bottom of Wadi Mujib — often called Jordan’s Grand Canyon — you have to climb well over 1000m before reaching the canyon’s opposite rim. Go slow and savour the beautiful views across the wadiumg as you plod your way to the top. Once you reach the plateau, you can enjoy a brief, flat respite as you pass through a number of small villages. Finally, after a technical descent into the valley below Karak, there is the last (300m) climb into Karak (bonus points if you manage to ride the entire ascent!). If there is still enough time, you can take the chance to visit Karak castle as the last highlight of a very long and challenging day.

Today’s stage begins in Karak, where you can enjoy impressive views of the castle on the way out of town. You will continue along a number of kilometers of dirt road through small Jordanian villages and past shepherds’ tents on your way to Wadi Hasa, the last of the major wadis that you cross on your journey. Have fun on the long descent to the wadi bottom and prepare yourself for a long ascent to the canyon’s far rim — don’t worry, though; it’s not nearly as hard some of the other climbs you’ve already completed!

From Ais, you will now continue to Ain al-Baida and descend to the rim of the impressive Wadi Ma’tan. There, you follow a picturesque dirt road along the rim of the canyon, before passing Busayra, climbing to 1500m, and descending along a technical single track to Dana. In Dana you will take a break with the expansive views of Wadi Feynan, before continuing along the rim of another beautiful valley to Shobak and its historic castle.

Today, you will start with a brief climb from Shobak before winding your way to a dirt road that runs along the upper rim of the Araba Valley with some of the most stunning views of the entire route. Eventually, ascend to the King’s Highway; and, after one more short climb, reach the highest point of the trail, just under 1700m. From here, it’s mostly downhill to Little Petra and Petra, with wonderful views of the sites as you approach.

Free day to re-enter the city through the narrow gorge called the Siq – flanked either side by 80m high cliffs! Notice the dazzling colors and formations of the rocks. Nabatean Petra is massive, and contains hundreds of elaborated rock-cut tombs, a treasury, a Roman-style theater, temples, sacrificial altars and colonnaded streets. Depending on how fast and far you go, you can also visit other trails and sites inside Petra, a little off the main tourist masses, such as the High Place of Sacrifice, the monastery, etc.

Today’s stage is relatively relaxing short and easy. Climb gradually from Wadi Musa, and follow the King’s Highway high above Wadi Araba. Continue on a dirt road into Rajif; and after returning briefly to the King’s Highway, begin a lovely descent along dirt roads to the valley below. A short climb to a low pass then takes you into a wide open desert area for the last few kilometers to Abbasiya.

You’ve passed all the big climbs! Now more challenges are waiting in the desert sand. From, Abbasiya ride across open desert terrain with the sandstone buttes of Wadi Rum in the distance. In the second half of the day, the route becomes sandier, and some sections may require pushing your bike. For the last kilometers you will join a paved road and follow it to Rum village, where you will be picked up and transferred to a Bedouin camp deeper in the desert.

Overnight under the stars, in a Bedouin Camp in Wadi Rum.

Most of the day you will cycle between the majestic granite and sandstone mountains on the red desert sands, all the way through magic Wadi Rum. Finally, you will turn onto the Desert Highway for the last descent to the Red Sea, where you can refresh your tired legs in the cool waters of the Red Sea.

Collection from your hotel after breakfast and transfer to Queen Alia International Airport for departure. 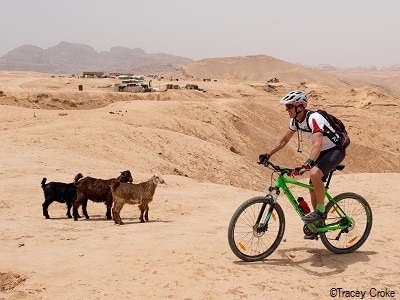 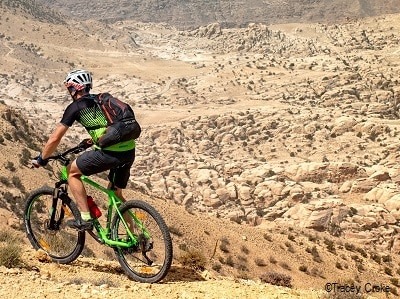 We are running these trips during the best times of year to trek in Jordan. For more information about the expected weather during the trek, see below. 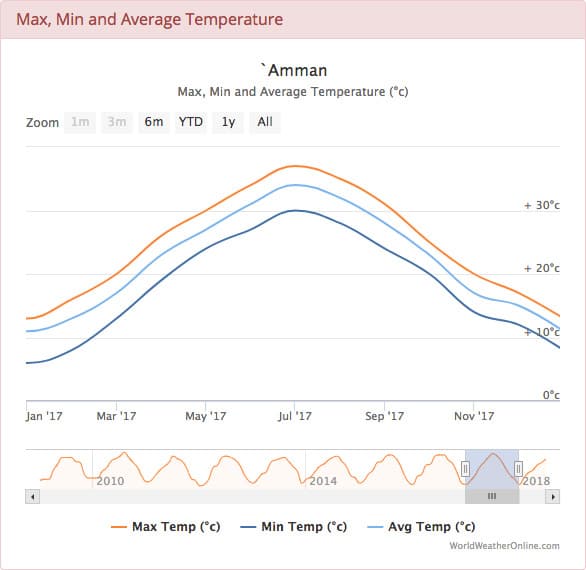 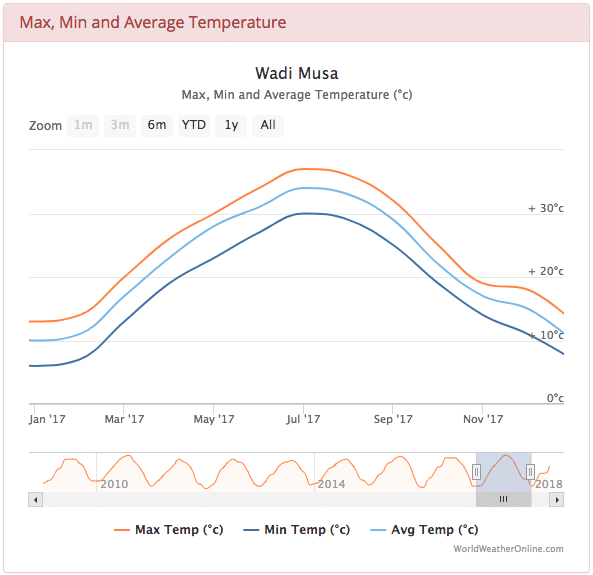