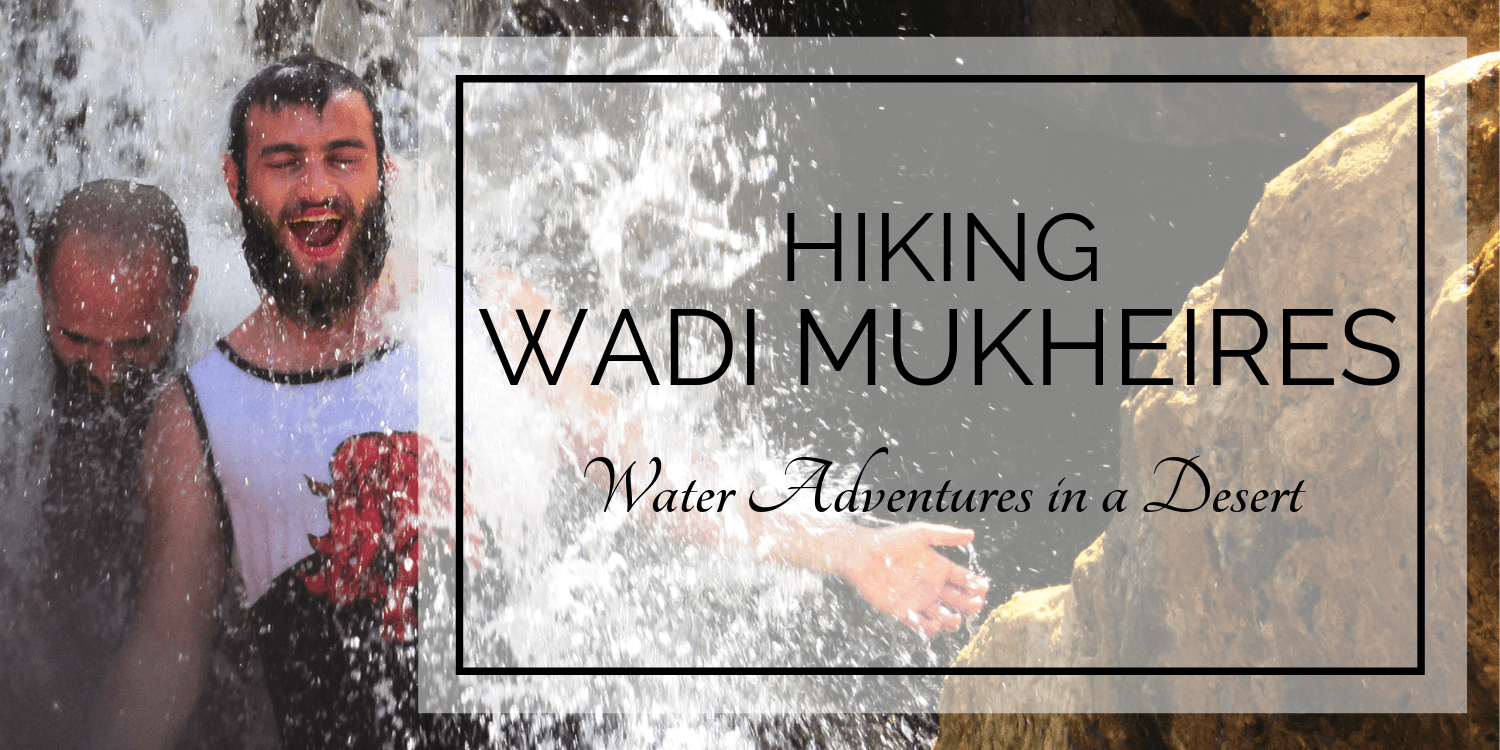 ​There is a strip of road by the Dead Sea where you will find a dozen or so hotels on the water’s edge. Their entrances with the glittering golden letters sit proudly at the roadside. You couldn’t be blamed, therefore, to be looking at them when driving past. Nor for looking even further out, beyond the buildings, to the reason they’re all there – the Dead Sea. If you finally look the other way, however, to the rocks and the dust, you will see the entrances to several wadis. They are tucked away from the road, and outwardly inconspicuous, but ready for exploration!

​We set off from Amman bright and early, after a short briefing. It was here that I met Ayman, who was our guide for the hike, and – like me – a new Experience Jordan employee. Wadi Mukheires is located perhaps forty minutes from Amman, but soon after entering I had the impression I was in another country. The wadi was shady and cool, varying in width, with a small stream winding its way through the valley, easy to follow by the lush greenery lining its route. Reeds and rocks and ferns were sprayed across the wadi floor and they seemed to get bigger and greener the further into the wadi we hiked. The water too, became deeper and wider at points. To continue into the wadi we had to climb up several waterfalls of varying size. A couple of us definitely got an extra shower or two at various points along the way. 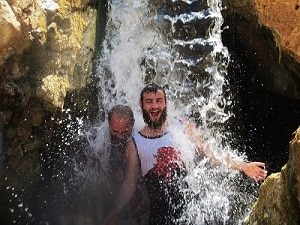 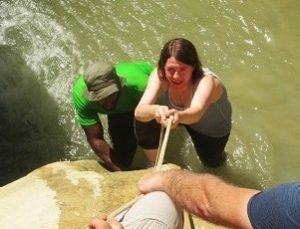 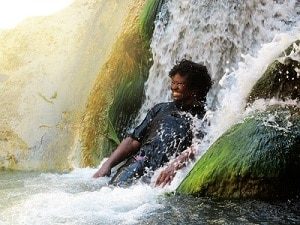 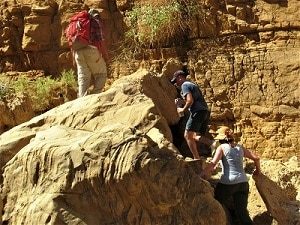 ​Once or twice I was pretty convinced we had reached an impasse on the route. I looked around despairingly, expecting the apologies to the group, the trek back to the cars slightly sooner than expected. The next thing I knew, two of my fellow walkers had sprung up what seemed like an impossibly smooth and high boulder, and were already giving hand-ups to others. We continued like that for a couple or so hours, splashing through the blissfully cool waters, climbing over rocks, brushing through green curtains of vegetation, chatting to each other.

​We reached the end of the wadi when we reached the huge waterfall at the end. The splashing water echoed around the high rock walls and we had our group photograph in front of the spray, in a patch of beaming sunlight, before heading back the way we came and stopping for lunch a short way back along the stream.

​Ayman, who had been heroically carrying a huge tin kettle and all the food for the trip, started up a small fire and we cooked sausages and burgers on a small grill, and then boiled the kettle and drank Ayman’s special tea blend in the shade. It was a delicious stop in the early afternoon, and time to take in the beauty of our surroundings in the quiet valley.

​We were soon back at the entrance of the wadi by the cars, and drove back to Amman as the sun was getting lower in the sky. I arrived home tired, but wonderfully invigorated. The day had been a my much-needed break from the hustle and bustle of life in Jordan’s capital.